A house once inhabited by Beatles' guitarist George Harrison (above) is to be sold at auction. But why is his Liverpool home significant, and where else did members of the Fab Four live?

Climbing out of bed one morning, a teenage Harrison left his modest three-bedroom terraced home and went to catch a bus to school.

It was the late 1950s and, according to Beatles legend, what happened next was a series of chance meetings which led to the formation of the world's most famous band.

Chatting on the top deck as the bus pulled away, Harrison met a precocious young guitarist named Paul McCartney, who convinced him to join a band he had started with another friend - John Lennon.

It was at Harrison's house - 25 Upton Green, Speke - where The Quarrymen held some of their first rehearsals before the band evolved into the Beatles in 1960.

Now, 65 years since Harrison's parents Harold and Louise bought the former council house, the property will go under the hammer at a venue equally synonymous with the Fab Four - The Cavern Club.

Colin Hanton was The Quarrymen's drummer and remembers playing at Harrison's house, although he admits his kit was not always welcome there.

The 75-year-old still plays with the band, which continued with other musicians after a split that saw the Beatles head for stardom.

"George was probably two years younger than me," he said. "He was the baby of the group. He was this little lad with a big guitar. Actually, it was an excellent guitar - that's why he was invited. It improved the Quarrymen no end.

"The story was he met Paul on the top deck of a bus. We played at George's house and met his mum. I never met his dad at the time.

"We mostly played at Paul's. It's one thing going round with guitars, but if you take a drum round you're not always going to be popular."

Paul McCartney lived at 20 Forthlin Road, in Allerton, from the age of 13 until he was 22.

It is thought that more than 100 Beatles songs were composed here, including Love Me Do, I Saw Her Standing There and When I'm Sixty-Four.

Neil Brannan, a guide at Liverpool-based Cavern City Tours, called the house "probably the most important house in the history of rock and roll”.

"I'd say that simply because of the number of songs composed here," he said. "What happened in that house had more effect on popular culture and music and tourism, certainly than any other house I can think of.

"Paul's dad was a musician and he encouraged the group to play. There was a piano in the house and, although Paul's first instrument was the trumpet, he soon moved on to guitar.

"Paul was the last of the Beatles to leave Liverpool, in 1964. All the rest had moved down to London, but it wasn't until they came back from their famous tour in the States that he finally left.”

When the McCartney family left, Sheila Jones and her family moved in, refurbishing the home in about 1978 and throwing out the doors, window fittings and tiles.

Glen South, a local musician, heard about the original front door, and collected it from the house, keeping it behind his sofa at his home in Lancashire. It sold for £5,060 at an auction earlier this year.

There are two Liverpool houses famously connected to the Beatles' founder member. A red brick terrace at 9 Newcastle Road, Wavertree - his home from birth, in 1940, until he was five - sold for £480,000 at a Cavern Club auction last year.

The house was just a few streets away from Penny Lane, the road which inspired the song. Lennon and McCartney were known to meet at Penny Lane to catch a bus into the city centre.

Often of more interest to tourists is the home he lived at with his Aunt Mimi from the age of five to 23 - Mendips, in Menlove Avenue, Woolton.

The semi-detached house was donated to the National Trust by his widow, Yoko Ono, in 2002, and the trust now run tours.

Speaking on the day the house was officially opened to the public, Ono said "the spirit that changed the world profoundly has been remembered in this familiar place”.

The bedroom where Lennon spent hours playing his guitar has been recreated, with 45rpm singles by Elvis Presley and a poster of The King on the wall.

It was here that Lennon and McCartney composed The Beatles' first UK number one, Please Please Me, in his aunt's bedroom.

Tour guide Mr Brannan said: "The guy who moved in after Aunt Mimi left in 1965 never used John's room. It was used as storage, so it was left virtually original.

"Since Yoko bought it, it's been restored using old family photographs and memories. It's well-documented that John had a poster of Brigitte Bardot on his wall and, according to his sister Julia Baird, he also had a poster of the Liverpool team photo. That's something you don't always hear - that John Lennon was a big football fan.”

The house is also close to Lennon's childhood haunt Strawberry Field - a Salvation Army children's home that he later immortalised in a song.

Lennon often practised his guitar in the front porch while The Quarrymen also rehearsed here.

The home was set to be knocked down by Liverpool City Council as part of regeneration plans in a rundown part of the city.

Housing Minister Grant Shapps said "a tide of community support" had saved the property, which he described as a "beacon of Beatlemania". Fifteen other homes were spared.

The street is one of several known as the Welsh Streets, which were built in the late 19th Century when there was an influx of Welsh people who came to Liverpool to work as dockers.

Starr's childhood home remains boarded up and covered in graffiti left by Beatles fans from across the world.

Sources differ on how long Starr lived at the address before his family moved to nearby Admiral Grove, where he was living as a teenager shortly before the Beatles shot to fame.

Quarrymen drummer Colin Hanton said Starr lived there "only for a few months" before moving on.

"I think they should flatten the whole area," he said. "It's OK campaigning to preserve it but these people don't have to live there. They don't have to put up with all the rubbish.”

Starr was said to have a difficult upbringing, with his father largely absent and his mother working long hours to keep the family afloat.

Of life in inner city Liverpool, he later said: "You kept your head down, your eyes open, and you didn't get in anybody's way."

YOU MAY NOT BE ABLE TO BUY LOVE, BUT ITS POSSIBLE YOU COULD BUY A HOME AND ITS JUST POSSIBLE WITH A LITTLE HELP FROM YOUR FRIENS (US)

YOU CAN DO IT BEFORE YOU ARE 64 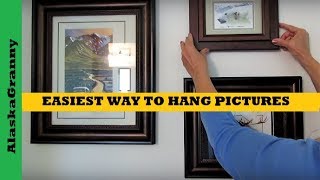